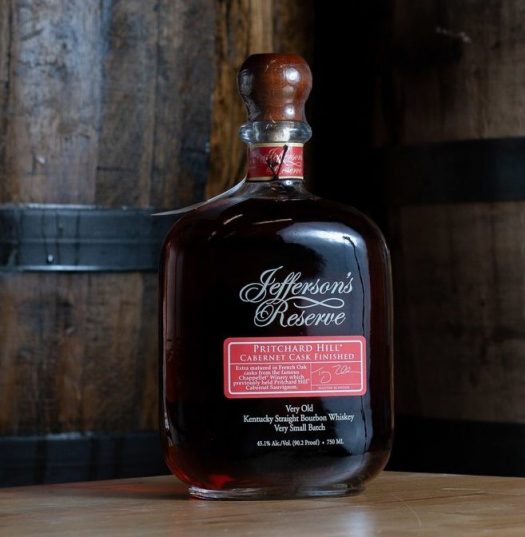 On the nose, Pritchard Hill is punchy with acidic red fruits, dry tannins, black pepper, and new leather. The wine finish has really taken over the aroma of classic Jefferson’s Reserve with minimal traces of the brown sugar and cinnamon found in the standard offering. It’s also more peppery and not as balanced. The same holds true on the palate with an outsized note of overripe strawberry being the first thing I detect. It dries out quickly on the mid-palate with plenty of fresh-ground black pepper, espresso bean, and dusty oak. Things change abruptly into the finish, becoming more lush and creamy with berry compote. The wine finish subsides somewhat, allowing chewy caramel, toffee, and a touch of chocolate covered cherry to linger before fading into a last wave of tannins. It’s a unique bourbon but a bit all over the place.

B / $76 / jeffersonsbourbon.com [BUY IT NOW FROM CASKERS]