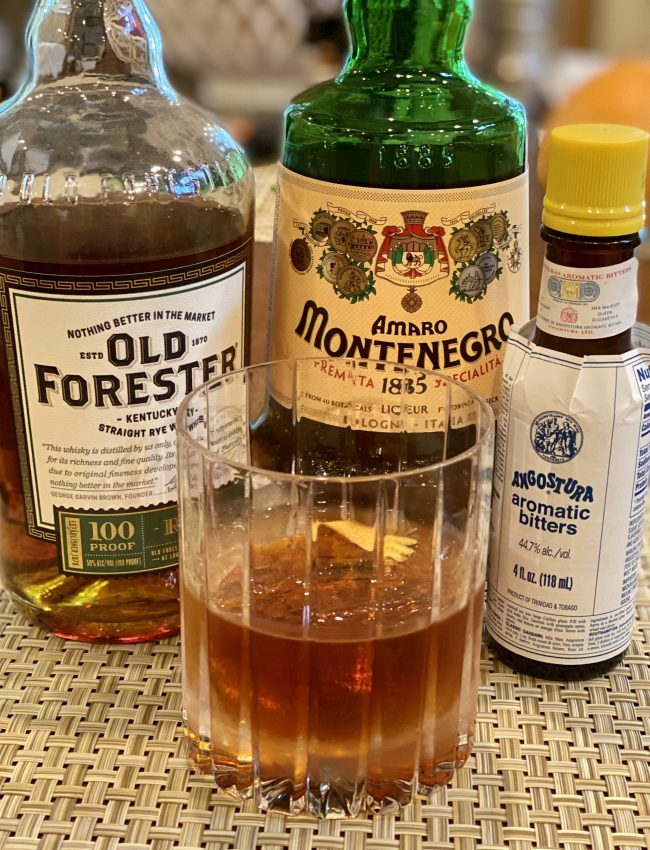 It took a few decades, but amaro has finally become a thing stateside, with tons of options now available in the U.S., primarily from Italy and France. Not surprisingly, various amari have become a fixture of the craft cocktail boom, serving as unique modifiers that have added whole new dimensions to a never-ending list of cocktails.

About two years ago, it became impossible to find Aperol in my area, so I knew amaro enthusiasm was building. It was only a matter of time before these bottles eventually took their rightful place as the stars of their own cocktails. The Full Monte is a perfect example of that trend. It’s a considered a “reverse” Manhattan, where the modifier is the primary ingredient and the traditional base spirit takes a back seat. As such, it’s an absurdly simple cocktail to pull together.

The star of this show is Amaro Montenegro, which is one of the lighter and sweeter amari you’re likely to find. Still, combining it with a bit of good, slightly overproof rye whiskey really elevates the citrus and floral notes in the amaro while taming the spicy edge of the rye. It’s a sweet cocktail to be sure but layered with flavor from the amaro, so sipping over ice gives the drinker the chance to experience the intensity of the spirits at various levels of dilution without it ever really coming across as watered down.

Combine all ingredients in a mixing glass and stir well with ice. Strain over fresh ice into a large old fashioned glass. Garnish with an orange peel.