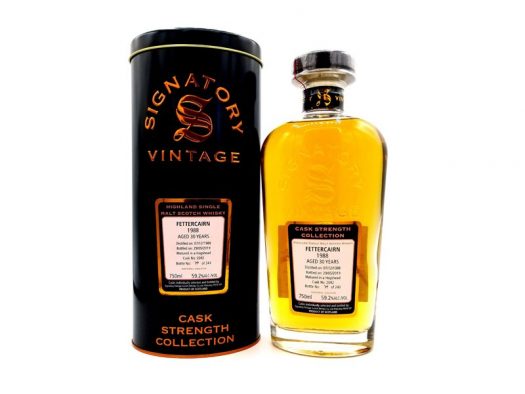 A quick search on our site for reviews of Fettercairn reveals a few morsels of coverage but nothing substantial. It’s not that it is unworthy of receiving our consideration, it’s just that we haven’t gotten around to it yet. There’s only so much one can drink at a time.

This Eastern Highlands distillery is owned by Whyte and Mackay, and has a comparatively small core lineup when stacked against company siblings Jura and The Dalmore. There was a relaunch and repackaging of the official distillery releases in 2018, and we hope to get around to reviewing them soon (so many drams, so little time). But for now, without further ado: two independent bottlers presenting two wildly polarizing expressions of Fettercairn. 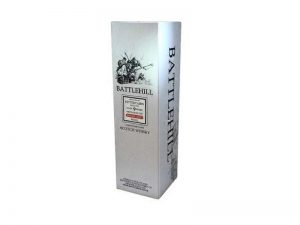 Battlehill Fettercairn 9 Years Old – If I am not mistaken, this independent label is owned by Duncan Taylor, and is fairly exclusive stateside to the Total Wine chain. With a nose heavy on apple and mild citrus fruit and a palate which could easily be mistaken for Busch Light Apple, isopropyl, and scorched blank cassette cases, there really isn’t much more to report other than this is bottled at 109.6 proof and should probably be avoided unless you are seeking a bit of passive-aggressive revenge on someone. Prior to this, I have had decent experiences with Battlehill selections, which makes this a complete surprise. This falls off the rails quite quickly. 109.6 proof. C- / $65

Signatory Fettercairn Cask Strength 30 Years Old – Distilled in 1988 and aged in a hogshead. After the disappointment of the Battlehill, I was hopeful for better things from this Signatory offering, and I was not disappointed. It starts off with lots of sweetness on the nose with lemon zest and candied apple. A drop of water opens up notes of red currant, toffee, and a mild mint that’s incredibly welcoming. The palate is as advertised by the nose, with more sweetness but nothing too burdensome: full of pear, dark chocolate, and a bit of cinnamon. A long and lovely finish continues to deliver the sweeter notes from the palate, making for an intriguing and multi-dimensional dram, with the complexities to be expected from a single malt pushing thirty. Cask #2042, 118.4 proof. A- / $200 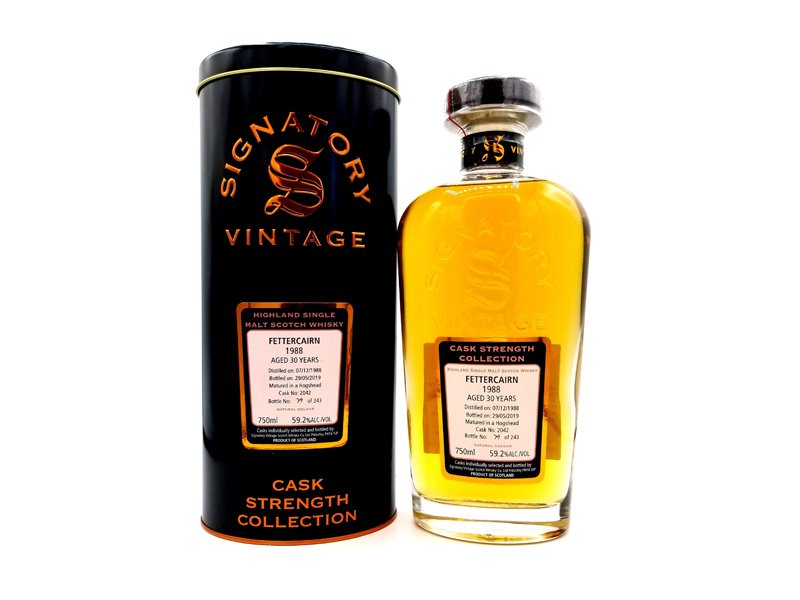