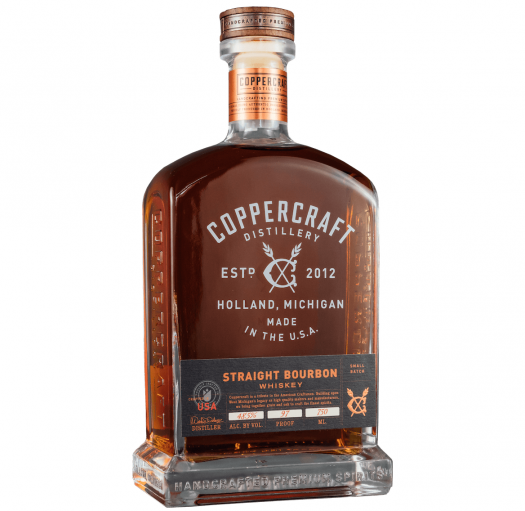 Holland, Michigan-based Coppercraft has had its sights set on being a “grain to glass” distillery since 2012, and today the operation makes at least 8 products. Coppercraft is still working to get there, though, as there’s still plenty of sourced products in the mix, including some that are blends of house-distilled and sourced spirits.

Today we look at four of Coppercraft’s products, including three whiskeys and a gin.

Coppercraft Straight Bourbon – Black label. A blend of of 4+ year old and 11+ year old bourbons, all sourced. “We use brandy blending and proofing techniques that take three months from barrel to bottle,” says the company. Austere but a bit green, the more youthful spirit is more fully in focus. The nose offers notes of roasted nuts, burlap, and plenty of toasted grains — but the palate is more complex, with hints of dark chocolate, rye spice, and a little dark brown sugar all in the mix — the latter of which it could use a bit more. The finish is drying but flavorful, and while this bourbon doesn’t reinvent the wheel, it certainly does no harm. 97 proof. B+ / $55 [BUY IT NOW FROM DRIZLY]

Coppercraft Blend of Straight Bourbons – The big difference here is that some of the whiskey in this bottle (white label) is produced in-house; it’s a blend of 4+ year old Coppercraft-distilled and presumably the same 11+ year old sourced bourbon. It’s a considerably different spirit, to be sure. The nose is even more focused on granary elements — the craft component of the whiskey quickly dominating — though it’s got less greenery and more fresh-cut cereal in texture, and also slightly peppery. The palate lacks the gravitas of the Straight Bourbon, instead showcasing a surprisingly thinner body and some raw alcohol notes. Those toasty grain elements dominate as the finish builds, and the chocolate overtones of the Straight Bourbon never find purchase. My hunch is that the blend here is weighted considerably more heavily toward the young Coppercraft stock, which simply feels like it needs more time to mature. 100 proof. B- / $46

Coppercraft Rye – This is a blend of 2+ year old distilled and sourced rye whiskeys. Dill notes emerge from the note you pop the cork. Intensely herbal, it’s hard to shake the aroma of dill pickle-flavored potato chips, with some mixed savory herbs and a spicy rye grain note following. The palate is more nuanced; while it’s quite savory and spice-driven, notes of brown butter and a hint of sesame emerge. The finish is extremely dry, to the point of dustiness, with no real hint of sweetness. It may be a bit too aggressive for some — it is for me — but it does at least provide an instructive, laserlike focus on the power of rye grain. 90 proof. B / $48 [BUY IT NOW FROM DRIZLY]

Coppercraft Gin – It’s unclear if this is distilled in house, but the distillery claims the inclusion of 13 botanicals, including juniper, coriander, orange, cinnamon, and lemon — standard stuff. The nose is earthy and herbal, heavy with coriander and cardamom, plus some pepper, all of which overshadow the juniper element, which appears here as a secondary aroma. The palate shows more of the herbal juniper character, giving this a fairly traditional London dry approach, though there are plenty of herbs and citrus peel elements in the mix to keep things lively and complex. I get some licorice on the finish, which actually lingers for quite awhile. Other than that, there’s not a whole lot to it, but it’s nicely balanced on the whole. I’d use this is a mixing gin for cocktails any day. 80 proof. A- / $32 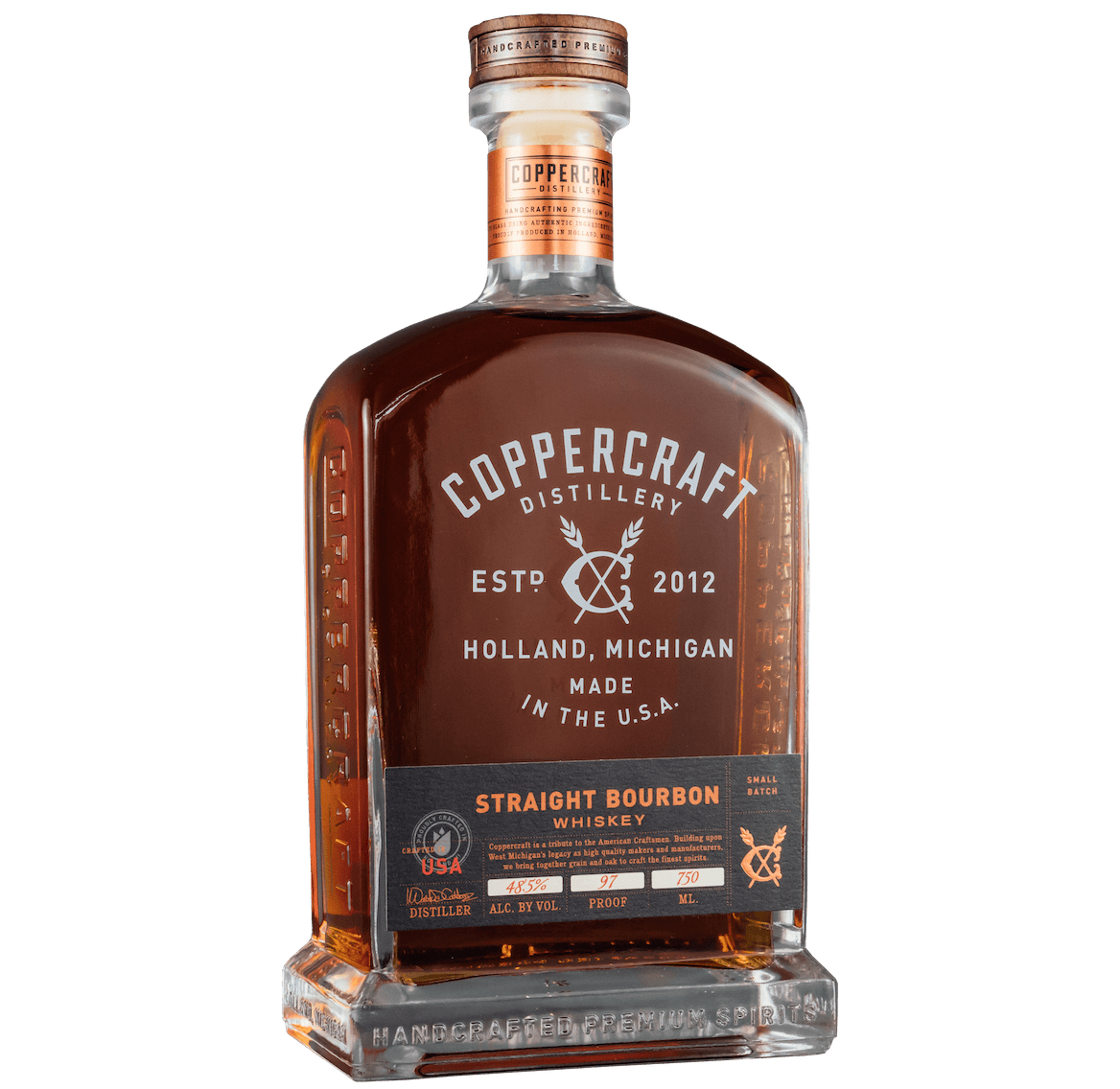