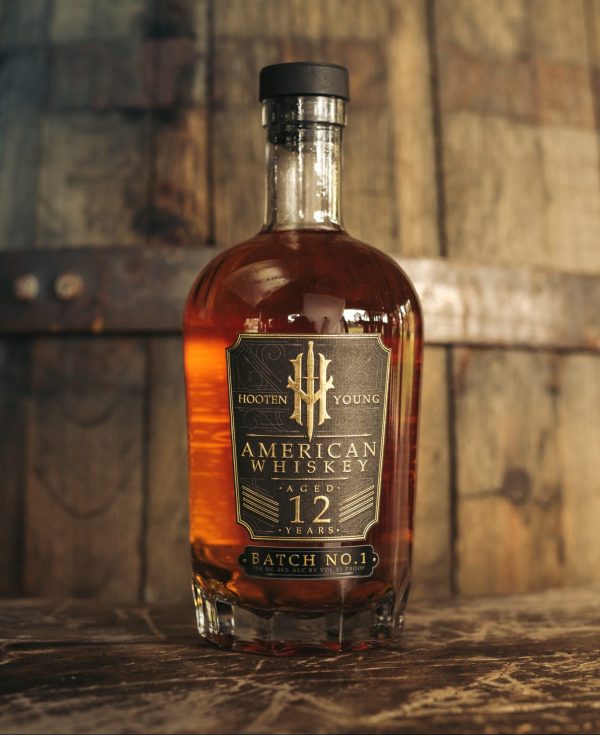 Hooten Young is a new whiskey brand founded by Tim Young and former Special Operations officer Master Sgt. Norm Hooten who was famously part of the ‘Black Hawk Down’ operation. (Eric Bana played him in the movie.) But that’s in no way the most interesting thing about this brand because the whiskey in this bottle may be the most unusual American whiskey on the market right now.

That’s entirely by design according to Master Sommelier George Miliotes, who reportedly stumbled on the barrels when sourcing whiskey for the fledgling brand. For starters, the mashbill is a unique mix of 99% corn and 1% barley. Unlike typical American whiskey that is distilled to no more than 160 proof and barreled at no more than 125 proof, Hooten & Young was distilled to 189 proof, which is almost vodka territory, and it entered the barrel — a second-fill — at a whopping 140 proof. (Technically, this makes it a light whiskey.) After 12 years of aging, Miliotes describes it as a whiskey that is “relaxed and different and something new in today’s overcrowded whiskey market.”

On the nose, this one is indeed quite relaxed. Notes of soft vanilla bean, sweet oak, sawdust, and a bit of tinned pears form the core of an exceptionally gentle aroma. There’s a Demerara sugar component here, as well, that comes off almost like a lighter aged rum. Otherwise, the profile is rather in line with an Irish whiskey. That soft touch extends to the palate, which is nicely rounded and warming but light and a bit thin. There’s no real evolution of flavor here, either, as honey, baked apples, and split vanilla bean ride an easy wave into a lingering finish. Surprisingly, it’s at the very end where the barrel notes seem to peek out in the form of cocoa and cinnamon sugar. Simple and sweet, well-balanced and enjoyable, but it leaves me wanting just a bit more structure and depth of flavor.