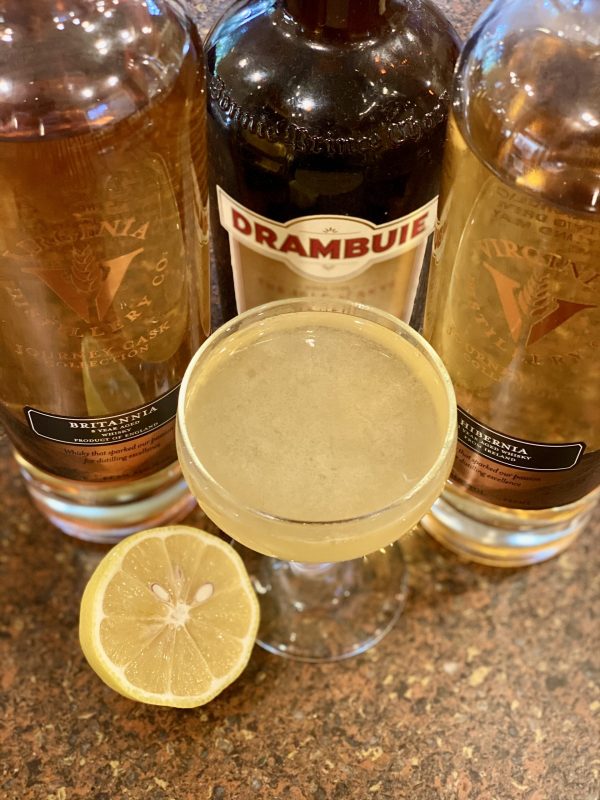 I don’t know about you, but winter has always been Rusty Nail season for me. I like my whiskey cocktails year-round, but colder weather seams to require a less high-toned or excessively herbal concoction. To that end, it’s hard to beat the sweet and soothing simplicity of a good Scotch and some Drambuie.

The classics, however, can usually be improved upon, as two decades of craft cocktail obsession have clearly demonstrated. Brian Shebairo, former owner of the infamous New York speakeasy PDT, tweaked the general Rusty Nail recipe in a not inconsequential way when he created the Lake George. This cocktail dials the Drambuie back slightly and adds a bright, citrus punch with the addition of lemon juice, but the real creativity comes in the substitution of two different whiskies for the Rusty Nail’s Scotch base. In fact, the recipe calls for two different and distinct styles of whisky, a Scottish single malt and an Irish blend.

Shebairo’s original mix called for Glenlivet 12 Year and Jameson, but the general concept will apply to plenty of other combinations. I went a little crazy, probably pushing the boundaries of the recipe, by using two single barrel Journey Cask releases from Virginia Distillery Co., one from Teeling and the other from The English Whisky Co. Each was a cask strength single malt, so my drink was definitely beefier than what you would encounter at PDT. Still, the layers of flavor from both whisky styles, and the added texture of the single malt, made for a nice counterpoint to the honey and herbal sweetness from the Drambuie. Definitely a cocktail with more going on than your standard Rusty Nail. I still like my Rusty Nails though.

Shake with ice and strain into a chilled coupe. No garnish, says Shebairo.