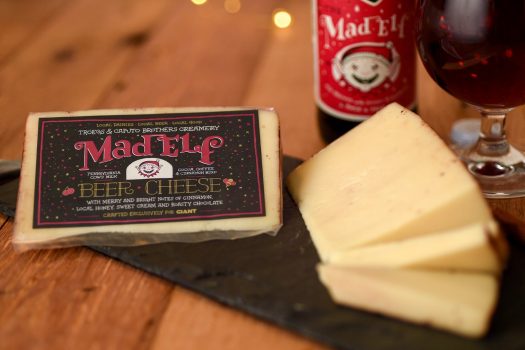 We like beer collaborations. Beer and cheese collaborations? Even better. Made Elf Beer Cheese is a wild mashup of Hershey, Pennsylvania-based Troegs and Caputo Brothers Creamery in nearby Spring Grove. This is the third cheese collab between the two brands.

Here’s how this one works:

Mad Elf Beer Cheese starts with 100% Pennsylvania cow’s milk. At Caputo Brothers’ York County creamery, cheesemakers bathe the curds in Mad Elf, a holiday beer which has been likened to a ‘toy craze on tap.’ Brewed once a year with cherries, dark malts and 25,000 pounds of Pennsylvania honey, Mad Elf offers subtly sweet notes of cherry and chocolate. After the curds are pressed and aged, the semi-soft wheels get a spice rub of cinnamon, nutmeg and clove, created just to complement this cheese, from Calicutts Spice Co. in Hershey. Hershey’s Natural Cocoa was added, along with freshly ground espresso from Little Amps Coffee Roasters in Harrisburg. Finally, it was mixed with more Mad Elf, then rubbed onto the rind of the wheels and left to dry for two days in Caputo’s cheese cave.

We tasted both the cheese and the namesake beer which is part of the process. Let’s dig in!

Mad Elf Beer Cheese – Remember that’s not a wax rind on the cheese. It’s a crazy dusting of cocoa, coffee, and cinnamon. The cinnamon and cocoa powder come through the most clearly when you get a nice big hunk of the edge in your slice. When you don’t the cheese showcases a more straightforward but quite delightful character: buttery and creamy — but semi-firm — there’s a gentle sweetness from the honey in the recipe, with a lightly nutty character showing on the finish. Beautiful for snacking, or drinking with a Mad Elf beer, of course. A / $10 per wedge (weight NA)

Troegs Mad Elf Ale – A dark Belgian style ale, brewed with four types of cherries, which makes it bright red in color. Oddly, it doesn’t have a particularly strong cherry kick, at least at first. What it does pack is a strong malty backbone that strikes the palate as particularly Belgian, with a load of Christmas spice to back it up. The fruit hits more strongly toward the finish, but it’s mixed in with so much spice and a significant candylike sweetness that it doesn’t particularly explode with cherry notes here, either — nor is it very tart. That burly maltiness rolls right over everything, though, giving the conclusion an enduring richness that’s hard to shake. 11% abv. B+ / $15 per six pack 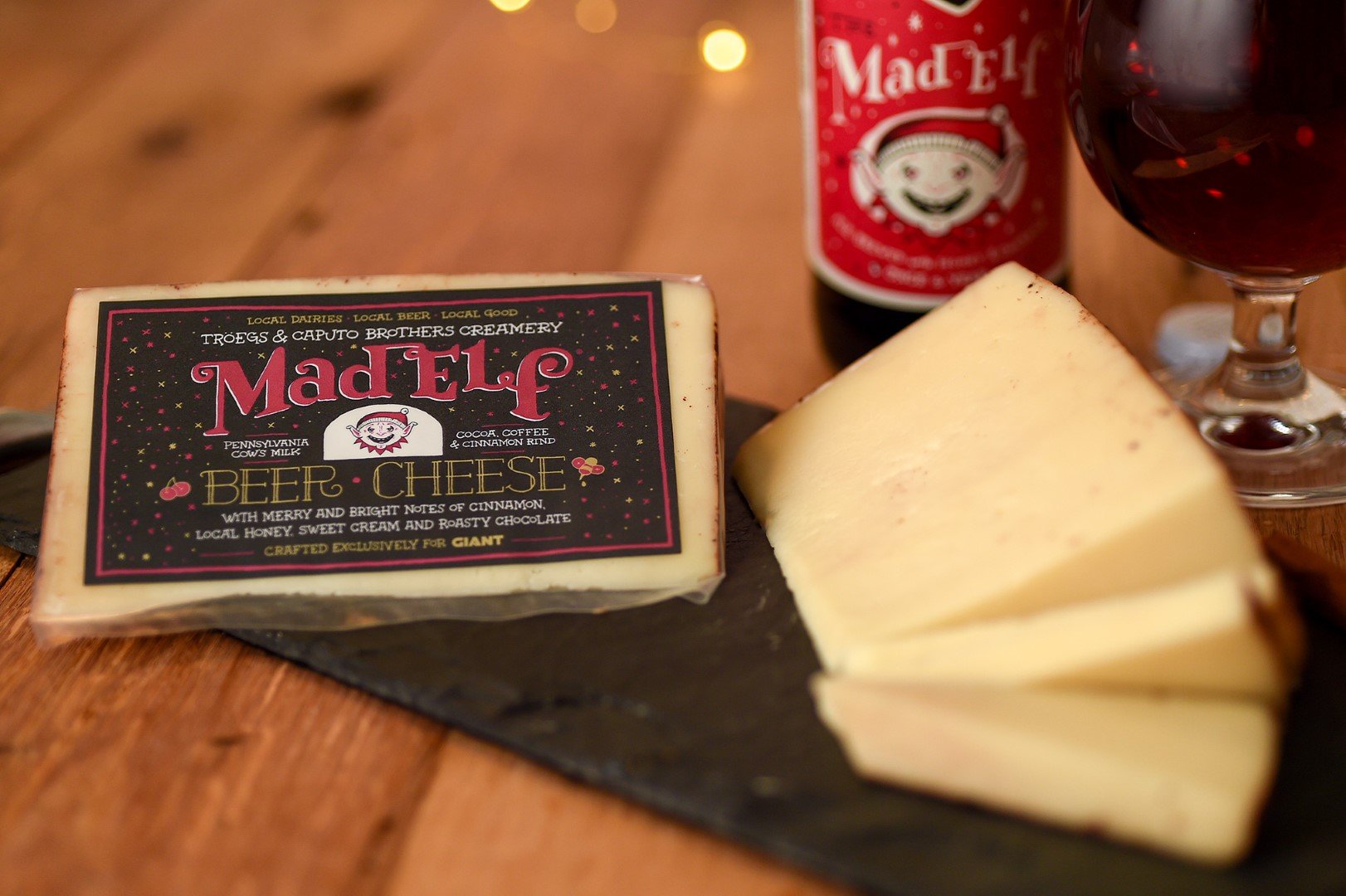